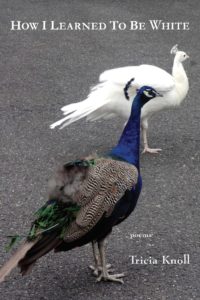 How I Learned to Be White 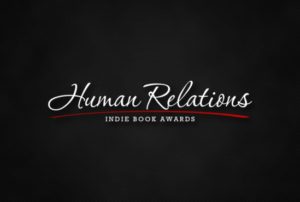 In August 2018 How I Learned To Be White received the Gold Prize in the Poetry Book Category for Motivational Poetry in the Human Relations Indie Book Prize for 2018.

Antrim House has released How I Learned to Be White – 70 poems which trace Knoll’s ancestry, childhood, secular and religious education, and professional life to explore impacts of white privilege  on how she sees her role as an aging white woman in a multi-cultural world. Selected poems posted on Antrim House website and for sale on Amazon.

Tricia Knoll has interwoven intimate details and complex emotions from her own past with the past we call history, and she’s done that weaving in poems about how the concept of race is taught and learned in the United States.  These poems are about how she grew up, learning as we all do, and how she “went another way” when she understood how she’d been taught to think.  She’d grown up – like almost all white people in the USA, among adults who were silent or hiding or lying about racism – learning, as if it were a fact, that white means clean.

Knoll’s choice to write about American racism in poetry prompts vivid, sometimes ironic, images: black and white photos, and chocolate cake with vanilla ice cream serve dual purposes in this verse memoir.  Here are poems about her earliest encounters with Black people, about her ancestors and immediate family wielding their whiteness obliviously or knowingly – as needed.  Even in these days of revelation, when the daily news offers literally countless stories of racism in the USA, this collection is notable, valuable because it shows, as the book’s title makes clear, that how we think and feel and behave about race is taught.  Tricia Knoll’s deeply felt poems present a hard-won lesson:  We can learn, as the poet learned, to go another way.

Lucille Lang Day, author of Married at Fourteen and Becoming an Ancestor

The poems in How I Learned to Be White, by Tricia Knoll, wrestle with the important question of how to become a white person of conscience and action in a society that has traditionally conferred privilege on those with Anglo-Saxon and German ancestry. The material Knoll draws on ranges from letters written by ancestors who fought in the Civil War to the deeds of her parents and her own experiences as a teacher. She says, “A bubble surrounds me,/shimmer-soap surprise/I thought would never pop/until it did.” May all our bubbles of privilege, in which we accept the status quo, similarly explode.

Some of the published poems from How I Learned to Be White: