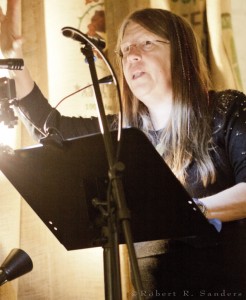 September 15, 2022 Tricia Knoll is pleased to be reading with poets Cindy Hill and Hayley Kolding at the Vermont Sierra Club Environmental Arts Series: Natural Poetry for the Environment at the South Burlington Public Library on September 15th at 7pm. There will be door prizes!  She will read from One Bent Twig, new book to be released from Future Cycle Press in early 2023. RSVP.

April 12,2022  In celebration of poetry month I’ll be reading work from the Venus Rising: Musings and Lore from Women Writers anthology (Our Galaxy Publishing) with Samantha Kolber and Meg Reynolds at the North Branch Cafe in Montpelier, VT at 7pm.

January 8, 2022 Reading from Let’s Hear It for the Horses on Zoom at 7pm ET for The Poetry Box and recorded on YouTube.

October 17, 2021 10 am at First Unitarian Universalist Society of Burlington — two poems from upcoming poetry book on trees, One Bent Twig on YouTube at minute 26:22

April 22, 2021: Reading with the Salem (Oregon) Poetry Project with Pattie-Palmer Baker on Zoom

December 8, 2019, Sunday, Join Tricia with other published writers of the Burlington Writer’s Workshop at the Fletcher Free Library in Burlington. Books for sale!

May 24, 2018 West Hills Unitarian Universalist Fellowship in Portland, Oregon the book launch of Knoll’s book How I Learned To Be White.  Emmett Wheatfall joined her to read poems about race and how we experience it.

March 19, 2017 at the White Dog Salon, 3pm. Poets whose work appears in the anthology The Absence of Something Specified share reading of their poems and other poems from the collection.

December 4, 2016, as part of a readingby  five women poets, The Feral Poets, at the Thurman Street Library in Portland  in the Free-Range Poetry program. Other readers Shawn Aveningo, Cathy Cain, Carolyn Martin and Pattie-Palmer Baker.

June 6, 2016  at the Thurman Street branch of Multnomah County Library reading from Ocean’s Laughter and joining poets Tom Hogan and Tiel Ansari as part of the Free-Range Poetry series.

April 20, 2016  Ford Food & Drink for the book launch of the Poeming Pigeon’s Doobie or Not Doobie. C

April 14, 2016   at Another Read Through Bookstore (3932 N. Mississippi in Portland)  with other poets from VoiceCatcher.

April 5, 2016  Reading at O’Connors Irish Pub (in the Vault)
Multnomah Village area of Portland as part of the Attic Institute’s reading for people who won part of their winter writing contest.

March 16, 2016 as part of the “Show and Tell” series at Sounds Grounds Cafe at 3701 SE Belmont reading from Ocean’s Laughter.

May 4, 2015 for the book launch of  The Poeming Pigeon  at Ford Food & Drink. Thanks to Shawn Aveningo, you can see Tricia’s reading on You Tube.

April 10, 2015 at TaborSpace (54th and SE Belmon). Tricia will be reading with a panel of poets who contribute to Cirque Journal – A Literary Journal for the North Pacific Rim.

April 20, 2015 at Glyph Cafe, 804 NW Couch Street, Portland as part of a VoiceCatcher program that will include poems by Tricia Knoll, Barbara Lamorticella, Hannah Sims, and Helen Kerner.

March 8, 2015 at TaborSpace (54th and SE Belmont).  Tricia will be one of a group of poets reading to celebrate International Women’s Day sponsored by Soapstone.

January 20, 2015 at Milepost 5, (Sponsored by Elohi Gadugi Journal). Tricia read from Urban Wild and her work in progress, The Ocean’s Laughter.

Tricia has a voice disability known as spasmodic dysphonia (SD). What some describe as a “strangled” voice she prefers to think of as edgy. Her SD does not prevent her from giving poetry readings with great enthusiasm.  Several  poems about spasmodic dyphonia appear on the online journal section of this site. Two of her posted poems, “Crabby Apples” and “If We Crack, Let’s Do It Together” include recordings of her reading of these poems. 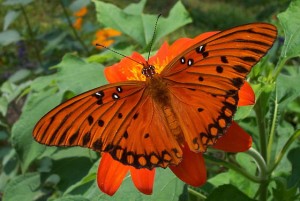